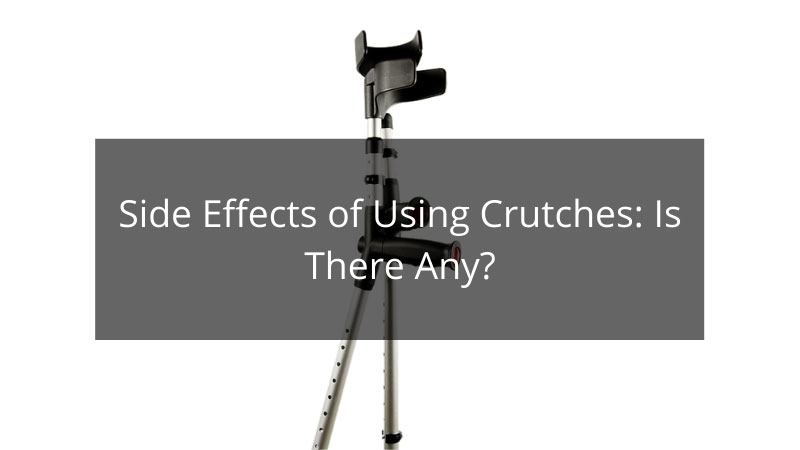 Side Effects of Using Crutches: Is There Any?

It’s true that crutches can be one's best friend when a little extra support is needed because of an injury or other complications. They can make your post-injury rehabilitation a lot easier.

But as with everything in life, crutches come with their fair share of complications too. 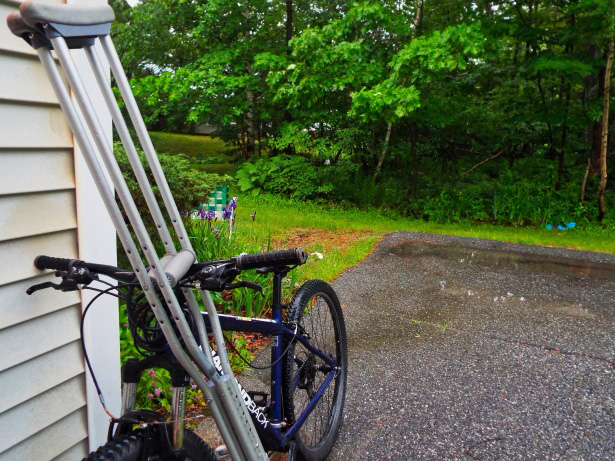 Whether you need to use crutches for short-term rehabilitation purposes or you need them in your everyday life for the long term, it’s better to stay well informed about the complications that might occur because of using them.

It is very common for the upper arms to get sore with the use of crutches, especially in the early days.

Your arms may feel sore and achy as the muscles here are not used to holding your body weight for such a long time. Moving the arms or lifting them up might even become difficult because of the pain. But this is only temporary in most cases.

As your upper arm muscles eventually get stronger with the extra exercise provided by the crutches, the pain should also subside.

Rubbing and chafing of skin is a common side effect of using crutches. The constant movement of the saddle of axillary crutches against the underarm skin causes the skin to get irritated, which can be quite uncomfortable.

Besides underarm skin irritation, it is also common for blisters and calluses to appear on hands, due to all the friction the hands have to endure while using crutches.

Compression of the Radial Nerve

Prolonged use of conventional crutches can lead to nerve damage because of the intense pressure it puts on the arm.

Incorrect adjustment or use of crutches can lead to incorrect posture in the individual, which in terms causes compression of the radial nerve, also known as “crutch palsy”. This occurs mainly because of the constant pressure put on the radial nerve or brachial plexus by the crutch. 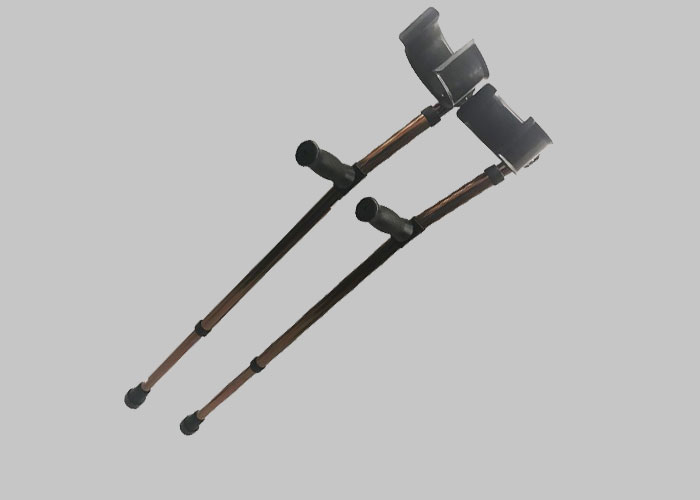 Symptoms may include radiating pain, numbness, or unusual tingling sensations in hand or in the thumb and fingers.

Long-term use of conventional crutches puts a great amount of pressure on the wrists. This can cause soreness or pain in the wrist. In extreme cases, this can even lead to the wrist being strained or injured.

Over time, the lack of activities involving the lower body eventually weakens the muscles. Prolonged usage of crutches can deteriorate the muscles of the leg or the whole lower body, depending on the particular individual.

However, this only happens in the case of long-term users, and should not be a concern if you are going to use them for only a short period of time.

People who need crutches for only one side often suffer from pain or discomfort in the pelvic area. The imbalance caused by one side of the body being tense for so long causes discomfort to the pelvis, since the bad leg has to be held flexed to avoid contact with the floor.

Using crutches for a long time can result in your body to ‘forget’ how to use your hips and legs without crutches. This is called Sensory Motor Amnesia. People who get SMA with the use of crutches have difficulties moving their torso, hips, and legs to walk properly.

Side Effects of Forearm Crutches

With forearm crutches, the forearm has to bear a lot of weight that it isn’t designed to bear. As a result, the supporting muscles of the forearm can often become fatigued.

While forearm crutches make it very easy to do regular daily activities, they can often overwork the forearm muscles. Overusing these muscles can cause inflammation, as well as tendonitis.

While there are a variety of complications that may arise because of the use of crutches, maintaining a correct posture, adjustments, and doing regular exercises can help a lot to combat these.

Exercises, as well as stretches, can play a very important role in keeping the side-effects at bay, while proper adjustments and usage will ensure one gets to enjoy all the benefits of using a crutch.

Top 10 Best Crutches – Reviews and Expert Buying Guide 2020
Different Types of Crutches: Guidelines with Pictures
DIY Crutch Pads – How to Make Them at Low Cost?
Do You Need Crutches with a Walking Boot?
Flying with Crutches: Here’s What You Need to Know